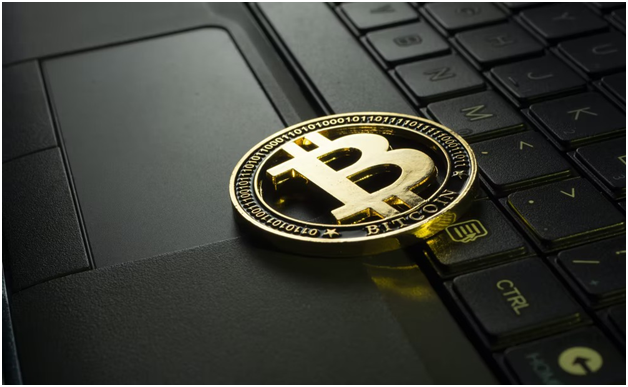 If you follow the crypto world, you’ll know that things can change instantly. Most cryptocurrencies are still in their infancy phase, so that shouldn’t come as a surprise to anyone. However, market developments regularly occur, causing a shift in the crypto landscape.

Governments are currently busy trying to make sense of cryptocurrencies and how they can regulate them. Likewise, crypto developers have their slew of problems to worry about too. As a result, you’ll see many trends emerging in the cryptocurrency world that you need to know. We’ve prepared this blog post to bring these emerging trends to your knowledge.

Here are some of the major cryptocurrency trends you need to know. They include:

Cryptocurrencies operate on the blockchain. Blockchains are a complex technology that most people don’t understand. However, if your interest lies in cryptocurrency, you should at least know how blockchains function. Blockchains are essentially digital ledgers of transactions. They’re an encrypted database model distributed over entire networks of computer systems.

Typically, if you buy a cryptocurrency, the transaction appears on the blockchain. Likewise, when you mine a cryptocurrency, the mining transaction also shows up on the blockchain. Over the past few years, there has been a significant amount of backlash from environmentalists about the effect mining can have on the environment. These groups state that blockchains utilize copious energy levels while resulting in massive emissions.

Criticism from these activist groups led to Tesla CEO Elon Musk making a public statement. Musk announced that Tesla wouldn’t accept Bitcoin as a payment method anymore. Musk’s announcement resulted in cryptocurrency prices falling dramatically. While they eventually rebounded, the news was a setback for all crypto enthusiasts.

As a result, one of the emerging trends in the crypto world is combating the emissions from mining cryptocurrencies over the blockchain. Some mining outfits have tried to utilize renewable energy sources for their mining operations. However, the reality remains that the fundamental concept behind most cryptocurrencies results in high energy consumption. Most blockchain technology utilizes proof-of-work algorithms. However, crypto developers are now starting to move away from this model. They are eschewing it in favor of a proof-of-stake algorithm instead.

Ethereum, arguably the second-most popular cryptocurrency globally, has announced plans to move to a proof-of-stake model in 2022. Other cryptocurrencies will likely follow suit if the experiment works well.

Non-fungible tokens, commonly abbreviated as NFTs, have risen to prominence over the past few years. NFTs became popular because they were a unique way for people to collect art, music, videos, and more from their favorite artists. However, NFTs have more potential than people think. For instance, distillers William Grant and Son used NFTs recently to sell their whiskey. William Grant and Son are the makers behind the renowned Whiskey brand Glenfiddich. In 2021, they announced they would be selling 46-year-old bottles of Glenfiddich. Since 46-year-old bottles are extremely rare, the company wanted to commemorate the limited release. As a result, they paired their whiskey bottles with NFTs. Each NFT accompanying the bottle was a testament to the bottle’s age and exclusivity.

In addition, NFTs are also gaining ground in the gaming industry. For example, Axie Infinity enables players to create NFT creatures and send them into battle. However, their use doesn’t stop there. Clothing companies Dolce & Gabbana and Nike have both created clothing and footwear that comes with NFTs.

Moreover, NFTs will continue to become more popular as tech giants like Facebook and Microsoft embrace the metaverse concept. NFTs are likely going to grow exponentially over the next few years – both in popularity and practicality.

2021 marked a historic year for cryptocurrencies. El Salvador adopted Bitcoin as legal tender, making it the first nation to accept a cryptocurrency as a national currency. As a legal tender, retailers nationwide have legal obligations to accept Bitcoin for goods and services.

While the results from this experiment are still inconclusive, it signals the dawn of a new era for cryptocurrencies. Many experts believe this is the first step towards cryptocurrencies realizing their purpose as transactional currencies.

DeFi is something that’s waiting to burst onto the scene soon. DeFi, short for decentralized financial services,is a blockchain form of finance. They don’t utilize intermediaries such as brokerages, exchanges, or banks. Instead, they operate on the blockchain, utilizing smart contracts between buyers and sellers for financial agreements. The rise of DeFi goes hand in hand with people becoming more aware of the other uses of blockchains instead of just for cryptocurrency.

Get Started in the Crypto World with Crystal Ball Markets

Various crypto trading platforms exist. However, not all crypto trading platforms are equal. If you’re looking for one of the best cryptocurrency brokers around, Crystal Ball Markets is the place to go. Crystal Ball Markets is one of the best platforms for trading crypto that you’ll come across. Visit their website for more information, or register today to get started.

Shannon Briggs is a former investment analyst. He worked extensively in the finance world for over two decades, managing hedge funds and portfolios. Briggs decided to leave his job shortly before the pandemic to start his consultancy service. Today, Briggs is in close affiliation with Crystal Ball Markets. He enjoys working with young entrepreneurs, helping them grow their investment portfolios by investing in future technologies.

Realtors and The Best Apartments You Can Find

How to Make Money Online From Trades?

What is The Perfect CIBIL Score For a Personal Loan?

BMI Calculator: What Do Your Results Mean?

What Are The Interest Rates On Bad Credit Personal Loans?

What Is It? And When Can You File For An Unpaid Payroll Tax Refund?

How to Hire the Finest College Essay Writers

What Are The Interest Rates On Bad Credit Personal Loans?

How to Hire the Finest College Essay Writers

Simply put, a payday loan is a short-term monetary solution