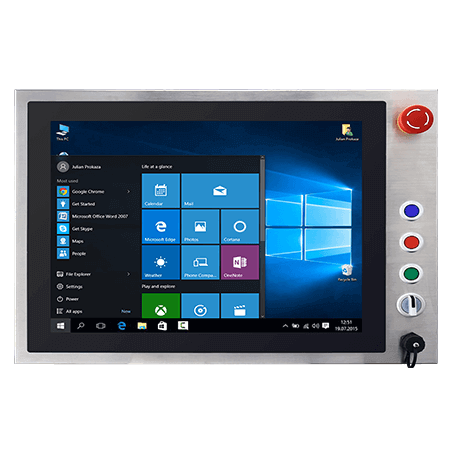 Mobexx rugged computers are designed for today’s most demanding embedded and industrial applications. Our tough industrial PCs deliver the greatest level of computing in a small, ultra-durable, and easy-to-integrate footprint. These computers are dust and debris resistant and can withstand shock, vibration, and severe temperatures. They use the most recent generation of processing technologies for lightning-fast performance.

Computers designed to withstand harsh environments are the solution that a lot of different sectors need. Performing fieldwork or operations in an area that does not permit certain activities will frequently render commercial-grade computers entirely worthless.

What are the Qualities that Make Rugged Computers Superior?

Durability and resistance to external environmental conditions are only one aspect of Rugged Computers. Rugged computers must also be dependable. The dependability of hardware and software is a fundamental reason why many sectors have accepted the usage of rugged computers.

Rugged Computers are an Important Tool

Many current industries would be unable to function without rugged computers. Any fieldwork requiring computers will need the use of such gadgets. It is all about responding to developing issues and tackling new trends in each sector while designing rugged PCs and tablets.

Another crucial feature of Mobexx rugged PCs is their long-lasting construction. Products that carry the tough designation are required to be long-lasting and continue to function normally despite being subjected to a variety of harsh environments. In order to accomplish this goal, our manufacturers that develop these kinds of systems frequently go above what is required to guarantee better levels of structural integrity.

Where To Keep The Important Stuff?

Reviewing the relevance of customs brokers in the US